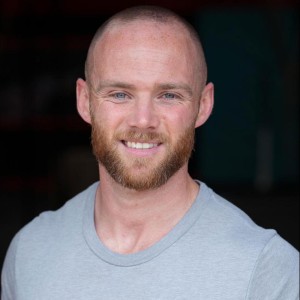 WHAT HAPPENS WHEN WE SLEEP? 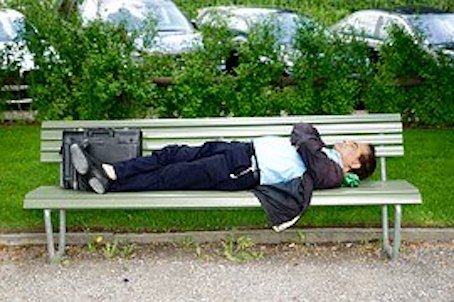 NEWSFLASH! A drug has been developed that can help people to focus more, train harder, improve cognitive ability, increase muscle mass and reduce body fat. Judging by the title of this blog I’m sure you can guess what I’m going to say what that drug is; Vitamin Zzzzzzzz.

It’s not often we attribute one single thing to make such a huge difference to our health and performance. In most cases it’s a combination of so many smaller aspects that equate to a healthy life. But when it comes to sleep, it’s almost the glue that holds these aspects together. Adequate sleep is our bodies opportunity to recover, repair and refresh, no matter how tough the day has been.

You would have heard the magic number of 7-9 hours per night being the key, but quality of that sleep also comes into play. How long you spend in different stages of sleep can be a good indicator of quality of sleep. However, it can be tough to measure this. There are many apps out there and wearable devices, which can provide you with an idea on sleep performance, but I am unsure on just how accurate these can be. The best indicator of how well you have slept is quite simply how you feel throughout the day.

We have barely scratched the surface when it comes to sleep research. For so many years it was just thought of as that thing that humans and animals do. It wasn’t really looked into for the majority of our existence. For many, still to this day, it is just a coma-like state that we believe the less of it we do per day, the more productive our day is as it eats up too much time. Once you have finished reading this blog, my aim is for you not to be one of those people!

Firstly, our sleep generally follows our own circadian rhythm. This is essentially our 24-hour body clock in which our sleep-wake cycle follows. The circadian rhythm is represented in the below graph by rectal temperature (don’t worry, we don’t measure this!), which is the best indicator of our core body temperature.

We have 4 main stages we go through whilst we sleep. All of these stages have a vital role to play in the function of the body and most importantly the brain. You may hear about our deep sleep and REM sleep being the most important part. This in essence is true, but every stage has a function and a reason why we go into that stage. Many cycles are completed each night, depending on the amount of sleep we get. REM sleep is maintained for a maximum of around 60 minutes each cycle, at best.

As we age, these stages can differ. We tend to be in REM sleep for less time the older we get. The below information is based on the average adult.

The stage where we switch from wakefulness to sleep. This is a brief period lasting a few minutes on average, with a few obvious physiological changes. Heart rates begins to lower, breathing rate reduces, your muscles begin to relax which can result in the odd twitch. Our brain waves and activity begin to slow at this point.

This is another stage of light sleep, where heart rate and breathing continues to lower. Muscles relax even more, and the twitches tend to stop. Interestingly, brain activity lowers further, but we are faced with sudden burst of brain wave activity called sleep spindles. The spindles actually help our brain to block out external noise, and have a key role to play in us retaining information we have learnt before we fall asleep. This is the stage at which we spend the most time in throughout the night.

This is where our body does its recovering and regenerating. Heart rate, breathing and muscle activity is at its lowest point at this stage, and when we are least likely to be awoken by the outside world. So burglars take note, try and time your break-in at this point.

This restorative phase is where our muscles and tissues repair, immune function improves, and our energy levels get restored. This is when growth hormone is secreted the most to aid recovery.

Long been heralded as the most important part of sleep, REM sleep has a very different function to the other stages. Which is the reason why all stages of sleep are vital. This stage on average begins around 90 minutes into sleeping. Eyeballs move rapidly from side to side underneath your eyelids, which is obviously where the stage got its name. During REM, our initial physiological changes go in reverse. Heart rate and breathing increase, and our brain wave activity is at its peak.

It is at this stage where we dream the most, as our brain is most active. Due to this increased brain activity, this is also the vital stage where we process the previous days information and put it into our memory banks. If we have learnt skills, movement patterns or any other information, this is where it helps to ingrain into us.

PHYSIOLOGICAL CHANGES WHEN WE SLEEP

Our posts during sleep week have gone through the hormonal changes during sleep, so I will just touch on this subject. Our sleep cycle plays a huge role in keeping a healthy hormonal balance.

The obvious first one is melatonin. Regarded as the most important hormone to our sleep cycle and sleep quality. Melatonin is released throughout the night for a person with a normal sleep cycle. It is secreted in response to darkness and our environment is the biggest player when it comes to a healthy release of this hormone.

Many other studies have shown insufficient sleep to have a negative effect on insulin and glucose tolerance. It has been shown that both reduced sleep duration and poor sleep quality have negative effects on the production of insulin and our bodies ability to control and handle glucose. These are one of the many reasons that poor sleep has time and time again shown to have a negative impact on body fat levels and weight control. Another reason for this could be the evidence that lack of sleep makes us snack more throughout the day and crave sugary foods.

SLEEP – THE BODIES VERY OWN MECHANIC

There are so many processes that occur in our body during sleep. Think of sleep as our daily service. After all of the stressors on the brain and damage to our muscles throughout the day, sleep is where the mechanic steps in. They top up all our levels to baseline, repair the bodywork and allow our engine to cool down, so that we are firing on all cylinders again the next day.

We must let our brains recover as much as our muscles, if not more so. Our brains and nervous system are in overdrive all day every day, keeping everything ticking over and sending signals all over the body. Sleep is our opportunity to calm that system down, reduce cortisol (stress) levels and like our muscles, allow everything to be raring to go again the next day. Our sympathetic nervous system (“fight or flight” mode) is also revved into overdrive when we are lacking sleep. Therefore, it is essential following a poor night sleep, our next few sleeps are improved to ensure we recover from this.

With all of the previous information in mind, we can begin to piece together just how important sleep is to both athletic performance and performance at work.

A 2011 study showed a distinct decrease in performance of both long-distance running, and short bursts of activity. In the study, they also found that perceived effort during exercise increased, making it feel tougher after just one night of minimal sleep.

But of course, 99.9% of us are not elite athletes, so what affect can it have on day to day life and our health? And how can it affect workplace performance?

Let’s start with health. Did you know that driving whilst tired kills 1 person per hour in the USA alone? In fact, fatigue related driving errors are responsible for more accidents than drink and drug driving combined.

Sleep deprivation has such a profound effect on our health that it can literally alter our DNA. A study performed in Japan found that men were 500% more likely to suffer a cardiac arrest if they averaged less than 6 hours per night. Plus, adults over 45 who get less than 6 hours per night are 200% more likely to have a heart attack or stroke during their lifetime. The main mechanism behind why this is the case seems to be the link between a lack of sleep and high blood pressure (hypertension), even in young and fit individuals.

I don’t want this blog to feel morbid, so I will keep the rest of the health phase brief. Having less than 6 hours of sleep per night has also been shown to increase the chance of all of the following; heart disease, obesity, dementia, diabetes and cancer.

A 2013 study looked into the effect of 6 hours sleep per night on reaction times and lapses in concentration in the average workforce. It was found that performance reduced significantly compared to workers with 8 hours of sleep, just 2 hours difference. They then gave these subjects 2 days of 10 hours sleep per night to replicate a weekend to recover, and they still found that performance did not improve even after this “recovery” period.

Research studies aside, let’s be honest with ourselves. After a bad night of sleep, how much does our will power and motivation to do even the simplest of tasks drop? This is the biggest effect I have felt both personally, and with the hundreds of clients we have worked with over the last few years. At work, we start taking shortcuts. We do the bare minimum and try to “just get through the day”. Lack of sleep creates an unproductive workforce. That isn’t because they are lazy or poor workers, it’s because they aren’t mentally or physically primed for the day. Sleep is the single most important factor in improving productivity. Lack of sleep stops us from being in a position to perform, whether that’s in kicking a football, or staying alert and on-task in the office. Sleep allows us to thrive in the day, not just survive.

No real recommendations at the end of this blog – From all of the research I have done on sleep over the years, it seems 6 hours or less is the number where everything begins to deteriorate. Aim for a minimum of 7 and find your sweet spot from there. I think the stats speak for themselves, get more sleep! The mechanism behind how we get more sleep is the tougher part, which is why we have dedicated a week to delivering information on this. As always, do your research, ask for help when needed. 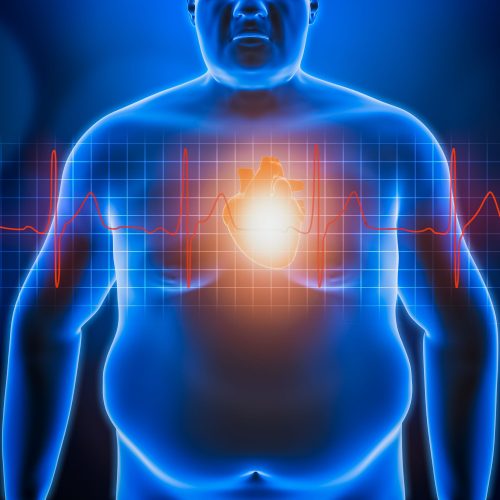 OBESITY & COVID-19 MORTALITY; WHY IS THERE SUCH AN INCREASED RISK? 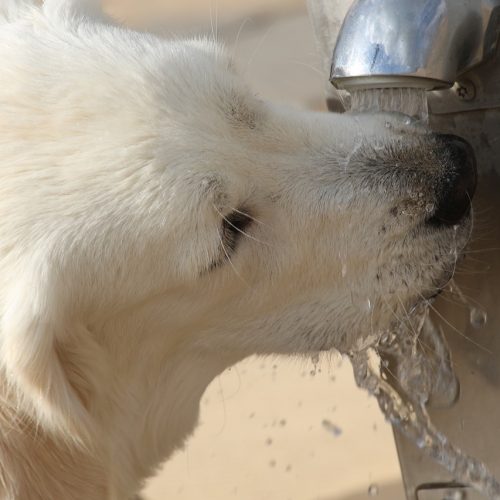 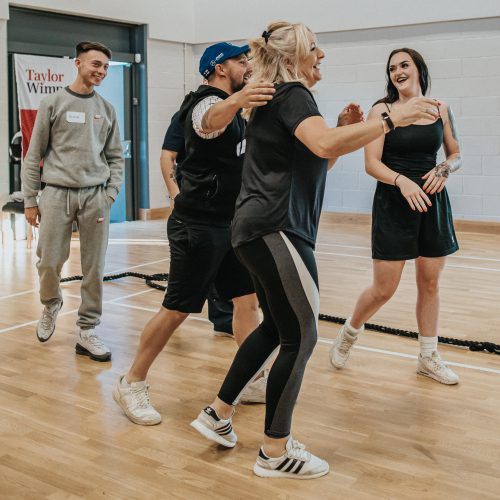 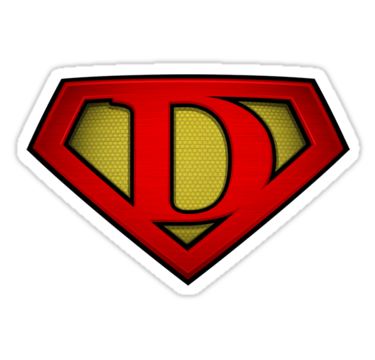 VITAMIN D; NEW STUDIES SHOW A LINK TO CORONAVIRUS MORTALITY – BUT DON’T TREAT IT AS A MAGICAL PILL

OUR AIM IS TO HELP THE COMPANIES WE WORK WITH TO BECOME HAPPIER, HEALTHIER AND MORE PRODUCTIVE.

GET IN TOUCH
Shopping Basket